Home  »  Complementary Therapies   »   Should I Try Acupuncture for an Arthritic Pet?

Should I Try Acupuncture for an Arthritic Pet?

Acupuncture has gained acceptance as an alternate modality of therapy in veterinary medicine and is used by practitioners of acupuncture either by itself or with conventional Western medicine. 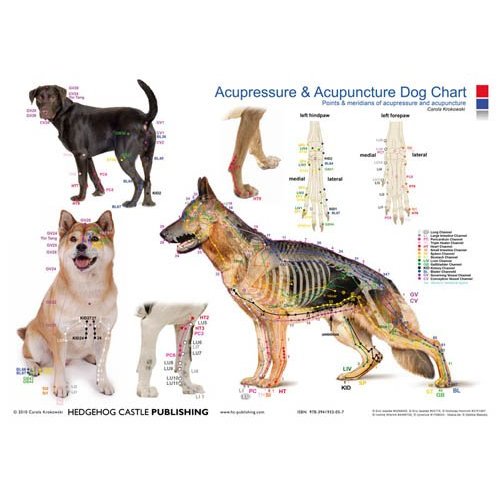 Acupuncture is believed to have originated in China; however there is evidence which indicates it may have actually originated in India nearly 5,000 years ago. The Chinese are credited with the systemization and classification of acupuncture dating back to Huang Ti, the Yellow Emperor, around 2,700 B.C.

Acupuncture works, according to Chinese philosophy, by correcting imbalances of energy (Qi) within the body, relieving obstructions to the flow of Qi, allowing the body to heal itself. In Western terms, acupuncture effects certain physiological change: increased microcirculation to joint, release of endorphins which are the body’s natural pain controllers, and the release of cortisol, which is one of the body’s natural anti-inflammatory substances.

Veterinary acupuncturists use a variety of techniques from solid needles (dry), to hypodermic needles (wet), to heat, electricity, or low-power laser to stimulate the acupuncture points.

Because of the wide range of physiological effects of acupuncture it has many uses in modern veterinary medicine. It is used for musculoskeletal problems such as hip dysplasia, arthritis and disc disease; immune stimulation for infectious diseases like feline leukemia , feline immunodeficiency virus , and Parvo virus and immune stimulation for pets undergoing chemotherapy for cancer; respiratory problems such as chronic upper respiratory “infections” and feline asthma.

Two patients I’ve recently treated will describe how acupuncture can be used both as a sole therapy or in conjunction with conventional Western medicine.

Skooter, a three-year-old mixed Shepherd, was hospitalized and being treated for acute necrotizing pancreatitis, a life-threatening severe inflammation of the pancreas. She was not responding well to conventional therapy, and in fact was getting significantly worse, continuing to vomit, and had even become jaundiced. Acupuncture therapy was started as a “last ditch” effort, and within 24 hours, Skooter stopped vomiting and began to recover. We did not stop Western therapy, but blended it with Eastern (acupuncture) therapy.

The second patient, Sambucca, was a 14-year-old mixed Irish Wolfhound who had become progressively crippled on her hind legs due to sever hip dysplasia. For several months, she had been unable to go upstairs to the bedroom area of the house where she had been accustomed to sleeping and would lie at the bottom of the steps and bark all night. In addition to not responding to any of the conventional medications such as aspirins, other non-steroidal anti-inflammatories, and glucosamine, her body did not tolerate them well, and she would either vomit or have diarrhea. Out of sheer frustration and the desire to prolong her pet’s life in comfort, the owner decided to try acupuncture. Within two treatments, Sambucca was able to negotiate the stairs and was upstairs sleeping with the family again.

In selecting an acupuncturist for your pet, it is important to be certain that he or she be a licensed veterinarian and have formal training in the practice of veterinary acupuncture. IVAS, the International Veterinary Acupuncture Society, is the only organization which trains and certifies veterinarians who have completed an intensive course and passed a rigorous examination. Currently there are approximately 450 IVAS-Certified veterinarians in the United States.

Please note: The information provided here is intended to supplement the recommendations of your veterinarian. Do not disregard veterinary advice or delay treatment based on information on this site. Nothing can replace a complete history and physical examination performed by your veterinarian.-Dr. Jeff