Home  »  Gastrointestinal Diseases   »   How Can I Manage My Dog’s Pancreatic Insufficiency?

How Can I Manage My Dog’s Pancreatic Insufficiency? 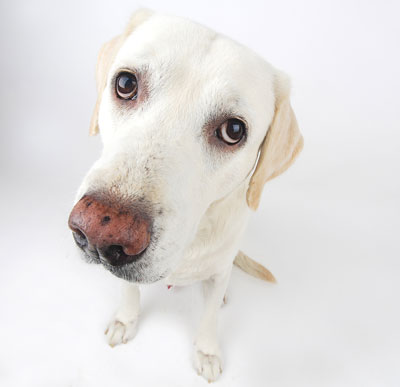 This disorder of the digestive system is potentially life threatening (particularly in its acute form) but often responds well to treatment.

It is more common in some breeds than others and is frequently seen in German Shepherd Dogs. Successful treatment of pancreatic problems requires close cooperation between owner and veterinarian, as well as a certain flexibility in working with changes in the animal’s condition.

The pancreas serves two separate functions, endocrine and exocrine. The endocrine gland secretes hormones, notably insulin, and the most feared pancreatic malfunction seen by endocrinologists (human and veterinary alike) is of course diabetes. The exocrine gland secretes enzymes into the small intestine, aiding digestion. Pancreatic insufficiency in dogs is not, thus, an endocrine problem like diabetes but rather an exocrine problem, referring to the organ’s failure to produce digetive enzymes. The condition is therefore properly referred to as Exocrine Pancreatic Insufficiency, often shortened in the veterinary field to EPI.

Typically, the exocrine functions of the pancreas can malfunction in either of two ways. In acute pancreatitis, the dog’s pancreas becomes inflamed, causing vomiting and loss of appetite with resulting dehydration. This requires immediate veterinary attention (with inpatient care and intravenous rehydration/feeding). What is actually happening is that the digestive enzymes are digesting the pancreas itself–hence the need to stop all oral food and water and to trick the body into reducing the production of pancreatic enzymes. The dog that survives an attack of this kind may recover completely or may be subject to chronic pancreatitis thereafter. This chronic irritation of the pancreas can then lead to EPI. In a different scenario, a previously healthy animal begins to exhibit some or all of the following symptoms: ravenous appetite, excessive water-drinking, and very soft “cow patty” stools. No matter how much the dog eats, it is hungry soon after and begins losing weight (often rapidly).

Some authorities note that pancreatitis (the acute form) is particularly common in spayed, overweight females in middle age, and most agree that excessive amounts of fat in the diet are likely to trigger this form. As to animals suffering from EPI that have not previously had pancreatitis, some sources designate an onset by the age of two to three years in previously healthy animals, but seldom later. The prevalence of the chronic disease in German Shepherd Dogs has led to speculation about genetic links.

The treatment of exocrine pancreatic problems depends on the severity of clinical signs, and status of the patient. Full-blown pancreatitis, as indicated above, is a life-threatening emergency. EPI, however, is treated along a gradual spectrum involving food, medicine, and schedule. Blood tests showing the dog’s ability to produce digestive enzymes (lipase, protease, amylase) are the usual place to start. It may be possible to regulate the condition by feeding a bland low-fat, low-fiber diet with an over-the-counter enzyme supplement. Some veterinarians recommend rice and boiled chicken in the early stages of treating an animal that has already lost a lot of weight; others prefer a high-protein premium food, or like to move to this after the rice-and-chicken stage.

For the severely affected animal, whose pancreas has basically ceased to produce one or all of the required enzymes, a more stringent regime is required. Despite the apparently identical composition of the various enzyme supplements on the market, they are not all equally effective. The use of “prescription” or especially prepared bland, easily digestible food is also sometimes initially indicated.

The owner of a dog with EPI needs to be constantly attentive to the animal’s condition. After establishing the amount and balance of enzyme(s) needed to produce relatively normal stools, the owner can usually feed enough so that the dog regains any lost weight. It is important to watch for any relapses, shown either in the return of diarrhea or in resumed weight loss. Some dogs with EPI dogs may also go on to develop diabetes due to dysfunction of the endocrine pancreas. In general however, as long as owner and vet are willing to work

together in fine-tuning the diet and medicine, the dog with EPI can live a happy and relatively normal life.

NB-RX Zyme is currently the enzyme supplement that I use most often in practice.–Dr. Jeff