Dr. Jeff Feinman’s Role in Development of the Treatment for Antifreeze Poisoning in Pets 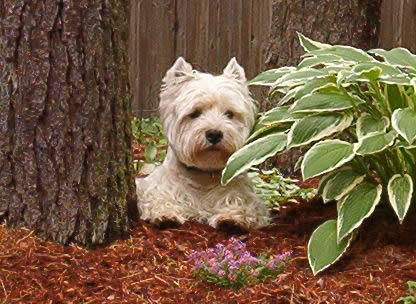 Before and during winter, many people will “winterize” their automobiles, including a change of antifreeze. Antifreeze is extremely toxic causing kidney failure that is often fatal in just a few days. Take care to keep both new and used antifreeze in a sealed container, out of reach of pets. Clean up any spills of antifreeze on driveways and other hard surfaces. Dogs and cats find antifreeze quite tasty and if they find antifreeze they’ll drink it.

Very small amounts of antifreeze can be fatal.  If a cat walks through a puddle of antifreeze and then licks its paws, it can ingest enough antifreeze to cause death.  About five tablespoons can kill a medium sized dog. If you see your pet drinking antifreeze, or are at all suspicious that your pet may have had access to antifreeze, contact a veterinarian immediately.  Signs of antifreeze poisoning depend upon the time after ingestion. In the first few hours after ingestion the pet may be depressed and staggering and may have seizures. They may drink lots of water, urinate large amounts and vomit. The pet may appear to feel better but in a day or two get much worse as the kidneys fail. Signs of kidney failure include depression and vomiting. The amount of urine they pass will often decrease to a very small amount.

The treatment for antifreeze poisoning depends on when the pet is presented to the veterinarian. If  the pet is seen within a few hours of ingesting antifreeze, vomiting is induced to remove any antifreeze still in the stomach and charcoal is placed in the stomach to bind antifreeze in the intestine.  Antifreeze itself is not very toxic but it is broken down by the liver to other components that cause the damage. If the pet is presented to a veterinarian soon after drinking antifreeze, a drug is given that impairs the liver from converting antifreeze to these toxic products, allowing the unconverted antifreeze to pass in the urine.  These drugs are useful only when given early and are not effective after the pet is already showing signs of kidney damage.

NB: Time is of the essence if you suspect antifreeze poisoning. The faster that the lifesaving, newer treatment, 4-methypyrazole (4-MP) is initiated, the better the chance for survival. In 1985, after first seeing a pet die from this preventable disease, I investigated possible treatment options.

While working as an ER room vet in 1987 I applied to the FDA for an “IND” (investigational new drug) license to enable my use of 4-MP.  Boy, what a difficult procedure this is! This drug was not yet available for treatment of pets, so I set up a lab that allowed me to manufacture a safe intravenous version from the crude chemical that I obtained from a chemical supply house.

After determining the safety and efficacy of this treatment, I made it available to any pet in need. Anywhere in the state (I was the only source for 4-MP at that time). All pets treated soon after ingestion were saved from fatal kidney failure.

The FDA then approved the comercial manufacture of this drug. It is now the treatment of choice in cases of antifreeze poisoning. I feel honored to have played a part in the development of this unique and lifesaving treatment.–Dr. Jeff